I contemplated writing this post for a while. Was it a bit too much? Am I paranoid? But after thinking it through, it all relates back to one important notion that all female runners should take seriously: safety.

This past weekend’s 20 miler in the city was great. No qualms about the actual run itself. But what happened once before the run and once during the run is what made me stop and think.

In order to make it to the city by 7 a.m., I had to catch the 6 a.m. BART. Couple this with the fact that it’s still dark and cold outside, it’s a Saturday morning and there is barely anyone on the BART at that time, and you have a recipe for action. There are always shady looking people on BART, that’s just the nature of the beast. But you learn to not be afraid, but just think wisely. When choosing my seat, I sat far enough from one dodgy character to normally be considered safe. As I sat down I saw him staring. Like seriously, creepy staring. I stared back – the “I can see you are staring. I know your face now. I recognize you.” Usually at that point, people realize they’ve been caught and look away. But not this guy, he kept staring, and before you knew it, he got up and sat right next to me. In a train full of a ton of empty seats, I immediately got nervous, got up and moved to the end of the train where some other people were. Little did I know that there was an undercover cop on the train and he was watching the situation unfold the entire time. As I got up to move, the cop also got up and proceeded to address the creepy man. Later on, I found out that this guy is a “known nuisance” and rides the BART to stay warm during the night. Someone else mentioned that earlier that morning he had flashed some woman – you can imaging I was a little disturbed.

I tried to shake it off and was telling Nick and Katie about my experience and similar ones I’ve had while running. They must have thought I was uber-paranoid, until it happened again. On one of our final legs of the run, we stopped a water station for the local Nike run club. I was all out of water so I stopped and asked if I could fill up. As we were filling our bottles and politely chatting with the Nike woman, another disturbed man came up and started staring at Katie and I. Yes, I will admit that at this point we were running in our sports bras. We were in the upper teens of the mileage and it was hot out – a completely normal thing to do. The man kept rambling then proceeded to flash his nipple at us. Katie and I felt a bit awkward and just wanted to wrap things up. Then, as he walked past us, he grabbed my side. Granted, he didn’t grab my butt or chest, but I instantly felt violated. I don’t think Katie and Nick realized what happened until he was gone, but I encourage us to just keep running.

I honestly didn’t know what to do at that moment. It wasn’t worth starting something but it did give me a bit of a platform to talk about safety here on my blog. It’s an unfortunate fact, but as female runners we must always remain vigilant, aware and safe. Please, never run without sharing:

Have you ever had any scary run-ins like this? If so, what did you do? And how do you ensure that you stay safe on your runs. 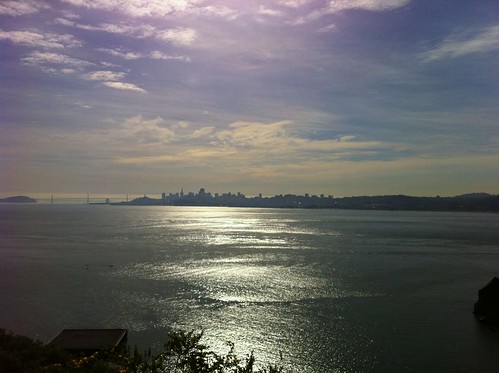