The tag line of my blog has always been, “Confessions of A Digital Dudette on the Run.” Hopefully “on the run” is evident, but I’ve never taken the time to explain the “digital dudette” portion of it.

Perhaps you’ve seen my Digital Favorite posts, my Facebook page or heard about my obsession with my iPhone, Twitter and the Nike Training app. But beyond this technical affinity, being a digital nerd, eh hem — dudette, is also my career.  In a nutshell, I work for a company that develops social media strategy and online builds for our clients. So yes, this means that if I am on Facebook at work, I am actually working.

To me, working in social media is about as perfect as a light sprinkle during a long run – no, no – as perfect as painless joints after a marathon – nah, that’s not it either – as perfect as qualifying for the Olympic trials (wait, I’ve never done that…you get the point). Being a part of an industry that is literally being created as it goes is a welcome adventure that never fails to fulfill my nerdiness.

Oh, look at the added analytics to Facebook insights!

Oh, look how much traffic jumped because of the keyword and alt tag additions!

I’m 100 percent nerd, through and through. 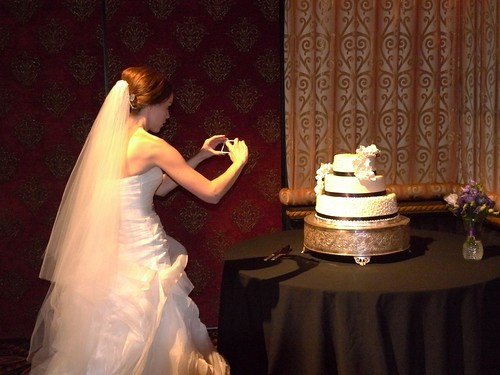 Yes, I’m snapping more photos to tweet during my wedding when I have a completely capable and talented professional photographer. See what I’m saying?

Outside of my professional obsession with social media, I have it to thank for some of the greatest experiences in my life. When I moved to California, I literally knew no one. Thanks to my uber-awkward creepiness, I started following Danica and Aron via their blogs and Twitter. Slowly but surely, we all worked up the bravery to meet in person (don’t worry mom, there was sufficient “Is she crazy?” conversation to ensure that we weren’t meeting a bunch of weirdos). 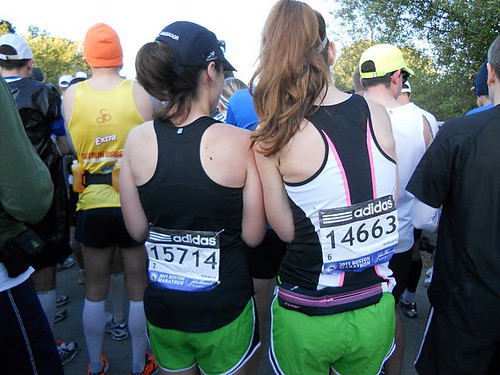 The good news was that none of us were psycho. The even better news was that they were kind enough to introduce me to their circle of friends (both online and offline) and I was able to meet great people, some of which I’ve since traveled and run many races with. See, proof that Twitter isn’t just about posting what you had for lunch!

Now that you have gotten a small hint of the “digital dudette” portion of me, I thought I’d add something new to this blog. In the upper right-hand corner of this page I’ve added a new button: Tumblr. Some people use Tumblr as their blogging platform of choice, but I use it to post all of the crazy, hilarious, inspiring, but mostly random goodness that I find on the Internet. It’s a work in progress and it’s solely visuals, videos and music that generally relate to my mood that day, or just something amusing that I’ve found on the Internet. Either way, I often go back to it when I need a good pick-me-up. I hope it can shed two moments of laughter in your day, but be warned, there is plenty of obscure “Bahaha look at that cat!” and “Is that a pug in pajamas?” randomness.

Are you a digital dudette too? What other digital deets would you like to know?