Well, it’s about that time again. Time to recap the week that was and all of the training highs and lows that came with it. The highs included getting my new baby (more to come soon) and the South Bay Duathlon; lows include being abnormally stressed from work/life.

The past month (including this week) has been pretty strange for Chicken Face and I. With no vacation in sight, we both feel a bit overworked and run down. Rest days are a bit of sanity, but I’m thinking putting a vacation in the books will give us something to look forward to. Recommendations?

And now on to the weekly recap:

A 5.6 mile speed interval workout started the day off on a good note, but by the time I got to the gym after work and circled both parking lots with no spot in sight, my work day exhaustion won. Sorry swimming, I’ll see you later. Mama needs some sleep (or wine). 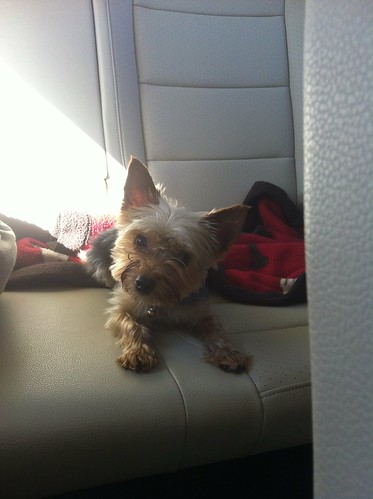 I don’t have many photos from early in the week, so how about this one of Lola road trippin’

It seemed as if the “little things” just kept piling up as I had every intention of getting my swim in that I missed in the a.m., then get my run on in the p.m. But of course, I got to the gym and my goggles/swim cap were nowhere to be found. I think I need to start listing out all of the gear I lose. Thus, I opted to go for the “aerobic and muscular development” run that I had planned for later that evening. Add some core work and I was a happy little camper.

At last! The swim I had been trying to get in all week. 1950 meters (I tend to forgo the cool down), including the new “fist” drill. Fist drills, as explained by Coach Paul, happen like this: “Swim normal freestyle, but with closed fists. This forces you to catch water with your forearm and promotes a high elbow during the catch and pull phase of your stroke.”

I headed to LA for an up-and-back work trip. Hey Southwest, you should consider putting gyms in your terminals so I can get my training in. Don’t worry, it’s a totally sane idea.

Twelve hilly miles through one of the East Bay’s “high-end” neighborhoods. As a runner, you can simply run past the front guards (why don’t they stop me?) and trek throughout the neighborhood. Every time I run through here I want to stop and take photos of the houses, knock on their doors and say, “Excuse me, what do you do for a living?”

Oh, and this happened too…(which is going to be an entirely separate blog post. More to come soon!) 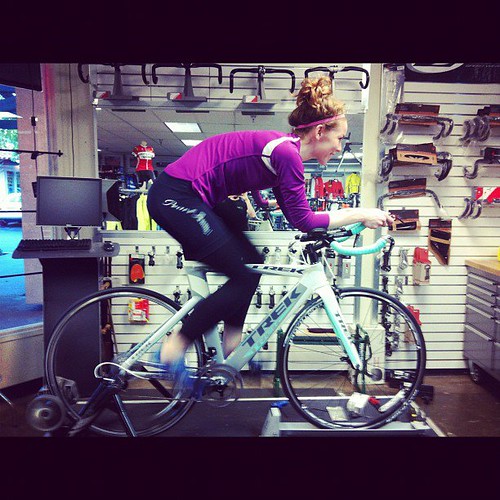 With the big duathlon on Sunday, I used Saturday’s hour-long ride to get to know my new bike. The entire way I was quite frustrated as I actually felt SLOWER – this wasn’t supposed to happen. Then the Fred in me realized that I was riding in the small ring the entire time! Post-ride, I asked a few friends and Coach Paul and wouldn’t you know, small ring = climbing, everything else should be on the big ring. Let’s just say I felt like an idiot. 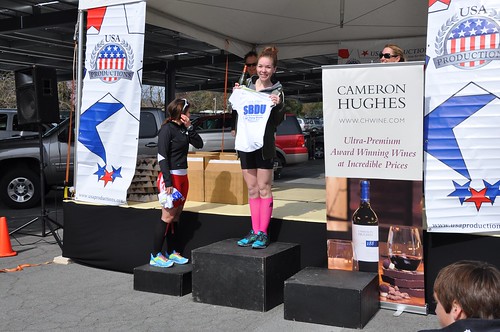 Race day! You can read the official race recap here.

What were the highs and lows of your week?

Like Loading...
IMAZ weekly recap
by PageWilliams
8 Comments
previous: Race Recap: South Bay Duathlon
next: What I Learned From My First Duathlon