This weekend, my little sister got married and I was so excited to be a part of her special day. 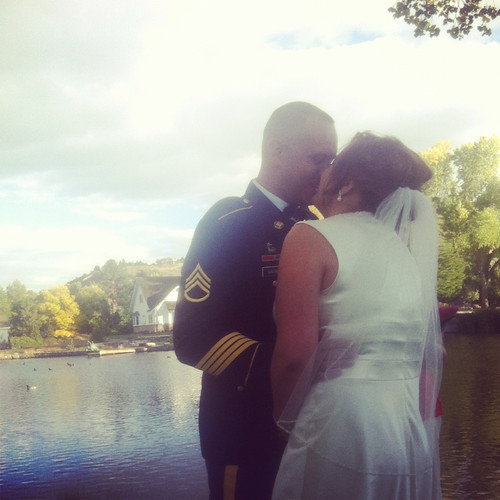 It was an intimate ceremony followed by a private dinner with just immediate family. It was after the ceremony that she also passed out these adorable little cards that revealed the baby’s gender: I’m going to have a nephew! 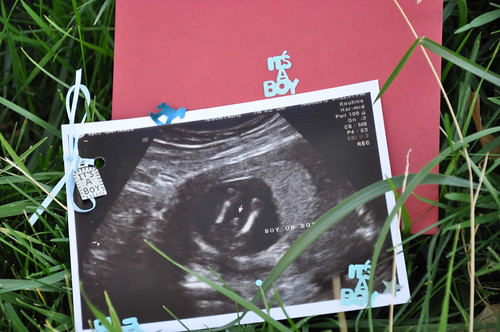 I’m so, so excited for my sister, my now brother-in-law (who we all adore) and my soon-to-be godson (did I mention that too?!). I say this not only to celebrate their marriage, but also to mention how completely selfish I feel.

Training for an Ironman makes me feel incredibly selfish.

Let’s take my sister’s wedding for example. Chicken Face and I left California Thursday afternoon and made the 3.5 hour drive to Nevada. I saw my sister for a bit and heard the baby’s heartbeat for the first time, then went to sleep only so I could wake up and get my long run in before the wedding festivities began. I thought I had planned accordingly but at mile 8 of what was supposed to be a 16 mile run, I got a phone call from my sister.

“Hey…gasp…gasp…gasp…I’m running. I’ll be home in an hour or so.”

“AN HOUR?! I thought we were going to breakfast!?”

Granted, I wasn’t aware of any breakfast plans, but it was her wedding day and I thought I’d be back before she even woke up. Thus, I cut the run two miles short and made it home as quickly as possible for a total of 14. All was fine in the end, but that day was supposed to be about her, not my training.

To take it to the next level, not only did we drive up Thursday night, celebrate the nuptials on Friday at 4 and dinner at 6, but we had to leave that night by 10:30 in order to get home in time to get some sleep for a big training day on Saturday.  Not only did we leave that night, but Chicken Face drove into the early morning hours just so I could get some sleep. He never complained once. Man I love that kid.

I felt horrible about the entire thing and it made me miss my family terribly, but I also felt that it was the best solution – October is critical as it is peak training time and the long workouts are key. I had to make sacrifices to make it all work.

These examples are just the tip of the iceberg because when they say that you have to sacrifice during Ironman training, they weren’t exaggerating. In fact, I think no one really warns you.

All to hopefully say that I’ll be an Ironman one day.

When I look at the list of just some of the things I’ve sacrificed in the name of the Ironman, especially over an entire year, it would be easy to dismiss this entire thing as being trivial. Why do this? Look at all of the genuinely important things you’ve missed! However, I need to look at it a different way.

Yes, my journey to (hopefully) becoming an Ironman was a year in my life that nine times out of 10, I had to put myself and my training first. You have to. If you don’t train, you won’t finish. I’m almost having difficulty writing this because it sounds so awful, but I had to be selfish. But by choosing to go from zero to 100 and tackle a full Ironman with minimal triathlon experience, I was wandering into uncharted waters in an effort to discover myself, face my fears, and to see what I’m made of. And all the while, I learned that it’s because I really love it. It is what makes me the happiest and most complete.

What I’ve learned about myself since then is another post itself, but I will tell you this. I’m thankful for the people around me who have forgiven my absence and still supported this journey.

Most importantly, thank you to Chicken Face for putting up with my never-ending messes, stacks of water bottles, CarboPro dust everywhere, load after load of laundry, the helmet in the shower, the wet bathing suits drying throughout our bathroom, our increased grocery bills, the drawers full of fuel, the bike still sitting out on the trainer in the living room, falling asleep far too early, abusing the ballerina bun hairstyle, the never-ending Amazon orders, my incessant rambling about all things Ironman, my moodiness, my freak outs, my breakdowns, my happy moments, and most importantly, being part of this wild ride. We’re almost there. 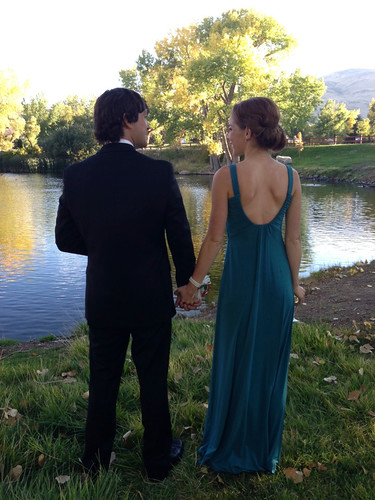